WHAT IS A BASE OIL?

Base oils are used to manufacture products including lubricating greases, motor oil and metal processing fluids. Different products require different compositions and properties in the oil. One of the most important factors is the liquid’s viscosity at various temperatures. Whether or not a crude oil is suitable to be made into a base oil is determined by the concentration of base oil molecules as well as how easily these can be extracted.

Base oil is produced by means of refining crude oil. This means that the crude oil is heated in order that various distillates can be separated from one another. During the heating process, light and heavy hydrocarbons are separated – the light ones can be refined to make petrol and other fuels, while the heavier ones are suitable for bitumen and base oils.

There are large numbers of crude oils all around the world that are used to produce base oils. The most common one is a type of paraffinic crude oil, although there are also naphthenic crude oils that create products with better solubility and very good properties at low temperatures. By using hydrogenation technology, in which sulfur and aromatics are removed using hydrogen under high pressure, you can obtain extremely pure base oils, which are suitable when quality requirements are particularly stringent.

Chemical substances – additives – are added to the base oil in order to meet the quality requirements for the end products in terms of, for example, friction and cleaning properties. Certain types of motor oils contain more than twenty percent additives. 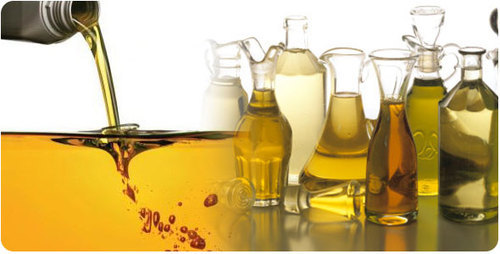 According to the American Petroleum Institute (API), base oils fall into five main groups. This breakdown is based on the refining method and the base oil’s properties in terms of, among other things, viscosity and the proportion of saturates and sulfur content.

The least refined type which produced by Solvent Refining. It usually consists of conventional petroleum base oils.

API defines group I as "base stocks contain less than 90 percent saturates and/or greater than 0.03 percent sulfur and have a viscosity index greater than or equal to 80 and less than 120".

Better grade of petroleum base oil, which may be partially produced by Hydrocracking. All impurities will be removed from the oil leading to clearer color.

The best grade of petroleum base oil, since they are fully produced by Hydrocracking, which make these oils purer.

This group may be described as Synthetic Technology oils or Hydro-Cracked Synthetic oil. However, some oil companies may call their products under this group as synthetic oil.

Consists of synthetic oils made of Poly-alpha-olefins PAO.

Poly-alpha-olefins PAO oils are much more stable in extreme temperatures, which make much more suitable for use in very cold weather (as found in northern Europe) as well as very hot weather (as in Middle East).

Any type of base oil other than mentioned in the previously defined groups.

They include, among others, naphthenic oils[6] and esters